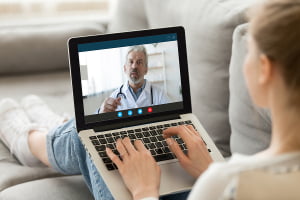 An NHS pilot project is now taking place in Greater Manchester, investigating the use of a web platform that allows people to keep their data in a Personal Online Data Store (or Pod), part of plans to give patients control of medical data while ensuring it can be shared with the healthcare professionals who need access to it.

According to the BBC, the Greater Manchester pilot is focusing on how the technology could be used to improve the lives of those with dementia.

Technical director at Salford Royal Hospital Scott Watson explained that the team have been struggling with problems posed by interoperability when it comes to creating a central heath and care record for everyone in the area, ensuring that the different computer systems across the NHS work collaboratively.

Referring to the new Solid Server, he said: “It’s a way of storing all your data in one place that’s associated with you as an individual, and then all the different services that you interact with come to you – so you tell your story only once.”

He went on to explain that it could also be used to store information other than medical records, which could prove particularly useful where dementia patients are concerned.

“Say someone’s into country music and they calm down if you start talking about Johnny Cash. You’re never going to find that in the GP record. But if you store that sort of information within your Pod and make that available in an urgent care setting, then that can help relax and ease the tension of the patient with dementia,” Mr Watson added.

The Solid Server and Pod initiative is the brainchild of founder of the world wide web Sir Tim Berners-Lee, alongside Inrupt and venture capital supporters. Other clients using the technology, as well as the NHS, include the BBC, Natwest Bank and the government of the Belgian region of Flanders.

Meanwhile, researchers from universities in Germany and the US have been working on developing new medical imaging technology that will allow healthcare professionals to monitor multiple parameters in patients simultaneously, using a technique known as multiplexing.

The new tools will allow for non-invasive imaging of distinct structures within the body, such as vessels, using technology currently being utilised in other industries, such as astronomy and defence.

The use of short wave infrared imaging is being investigated, while new dyes have been designed and synthesised, with new imaging configurations developed to enable users to capture multicolour movies in real time. Thus far, success has been seen in the capturing of images that can distinguish lymph vessels from veins and arteries.

For help with medical image management, get in touch with CIMAR today.