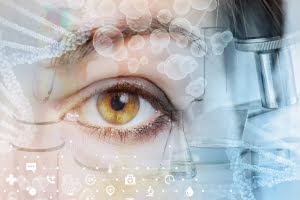 There are many developments that are changing the way in which medical imaging is used and improving the impact it can have on medical professionals and patients alike.

The British Institute of Radiology recently released a new report, The Global Future of Imaging, looking at the key advances in radiology and how these are helping to transform healthcare around the world.

Experts in the field of radiology were interviewed to produce this comprehensive report, with artificial intelligence (AI) named as the single most positive development that’s expected in the profession in the next decade.

AI has a host of potential benefits, according to the presidents of the 18 professional societies who were interviewed as part of the report. Among them are optimising service delivery, improving safety and saving time by allowing radiologists to concentrate on more complex tasks while the AI takes care of some of the more basic elements of their roles.

Professor Zheng Yu Jin, the president of the Chinese Society of Radiology, said that AI could also help improve decision making, as well as mitigating the impact of a shortage of radiologists.

The Russian Society of Radiology was overwhelmingly positive about the introduction of AI into the profession, stating: “These new tools will give a tremendous boost to medical imaging and save radiologists from many routine and time-consuming tasks.”

Other professionals agreed, noting that AI is not going to replace the need for radiologists but that it will have an impact on how those working in the field do their jobs.

However, the report also explored the potential obstacles to development within radiology. It identified the access to advances in care as one of the key concerns, particularly among developing nations.

Professionals operating in these countries reported that there is often not the money to renew equipment, especially with the rapid rate at which technology is changing at present.

This means many countries worry that they will operate “in a certain technological backwardness in ability to apply this new technology”, president of the Argentinian Federation of Radiology Professor Alberto Antonio Marangoni said.

There are also concerns that patients who live in remote areas will not be able to access the new technology even if it’s available in their country because of their geographic location.

The report also asked how radiologists can best prepare for success in the field with the new technological advances that are coming down the track.

Many asserted that having access to the technology and using it is essential, but so too is a passion among radiographers for life-long learning in the field, as there will always be new imaging tools coming onto the market.

Dr Kuben Naidu, president of the Radiological Society of South Africa, commented: “Poised on the cusp of the fifth industrial revolution, radiologists are uniquely positioned to actively fashion how the field will be transformed.”

While AI was cited as the most positive development in the field, it is far from the only technology that radiologists expect to change things. Other areas that are also going to impact the profession include quantum computing, molecular and hybrid imaging, and developments in interventional radiology.

Cloud-based medical technologies like Cimar can be a massive help in delivering advanced technologies including the use of AI, to developing countries and patients irrespective of their geographical location. If you’re interested in exploring cloud-based medical imaging, get in touch with us today to learn more about our services.