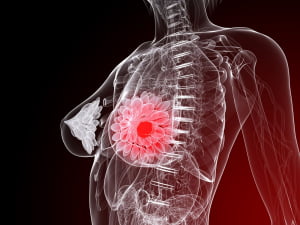 Artificial intelligence (AI) used in conjunction with analysis from radiologists has resulted in breast cancer being diagnosed from medical images with approximately 90 per cent accuracy, according to a new study.

Researchers from the NYU School of Medicine and the NYU Center for Data Science looked at how a specific AI tool trained using roughly one million mammography images could add value to the diagnoses provided by a group of 14 radiologists.

The interesting thing is how the AI technology complemented what radiologists were doing.

Krzysztof Geras, assistant professor in the Department of Radiology at NYU Langone and a senior author of the study, explained that using AI technology to examine medical images shouldn’t be about replacing trained medical professionals like radiologists.

“Our study found that AI identified cancer-related patterns in the data that radiologists could not, and vice versa,” he said.

He went on to explain: “AI detected pixel-level changes in tissue invisible to the human eye, while humans used forms of reasoning not available to AI.”

The team behind the AI used in this study focused on developing a machine learning AI that allowed the program to learn how to improve its performance at a task without being told specifically how to do that.

These programs improve the more data they’re fed, so being able to give the program as many examples as possible is essential, and its accuracy is likely to continue to evolve as it examines more medical images.

Overall, the aim of the researchers who created the AI was to help radiologists reduce the number of people who are sent for a biopsy because they can’t determine whether tissue is cancerous or not based on the mammogram.

At the moment, any women who have an abnormality on their mammography are referred for a biopsy. But the AI has learned to predict which of the lesions that appear on a mammography are likely benign and which are likely malignant.

The results of this study are promising, but Nan Wu, first author and a doctoral candidate at the NYU Center for Data Science, said that there’s still work to do before it can be adopted on a wider scale.

“The transition to AI support in diagnostic radiology should proceed like the adoption of self-driving cars – slowly and carefully, building trust, and improving systems along the way with a focus on safety,” Wu stated.

Breast cancer isn’t the only form of the disease where AI is being utilised to help improve the accuracy of diagnosis. News Medical recently reported on a study published in the Journal of American Medical Association, which detailed how an AI has successfully been used to diagnose skin cancer for the first time.

According to the news provider, the AI was able to diagnose skin cancer with a “high level of accuracy comparable to a clinical specialist”.

This is the first time the use of AI has been explored in the field of dermatology. But with the incidence of melanoma increasing, and early diagnosis key to survival, it’s encouraging to see technology being developed in this area.

If you’re looking for assistance with radiology reporting online, get in touch with us today to find out more about our services.

AI ‘As Effective’ As Humans At Diagnosing DiseaseWhat Does The Future Hold For Medical Imaging?
Scroll to top