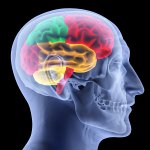 A new AI application developed by the Kavli Institute for Systems Neuroscience (KISN) in Norway can monitor eye movements, which could lead to the diagnosis of brain disorders, Medical Life Sciences News reports. The technology uses information from magnetic resonance imaging (MRI) scans to predict gaze direction and eye movement.

The tool was developed at KISN, part of the Norwegian University of Science and Technology (NTNU) in Trondheim, by scientists Markus Frey, Christian Doeller, and Matthias Nau.

Known as the DeepMReye, the tool could be used in hospitals, clinics, and research centres to diagnose brain diseases through eye tracking. Even healthy people can reveal their thoughts and intentions through eye movements, the article explains. People will scan a room and fixate on details which interest them, for example.

Artificial intelligence (AI) can be used to pick up and analyse eye tracking data to a much finer degree of sensitivity and detail than humans are capable of. The tool can also be used to analyse large quantities of data retrospectively, in order to reveal new information.

So far, the deployment of eye-tracking as a diagnostic tool has been a greatly underused resource, as previous techniques were costly and time-consuming to use.

The new tool does not discriminate between eyes than are open or closed, or between sighted and visually impaired people. The scientists deliberately designed the DeepNReye to be user-friendly, and it doesn’t require any special training or equipment to function. They have also made the tool open-source and freely available on GitHub.

If you need medical imaging systems in the UK, contact us today.