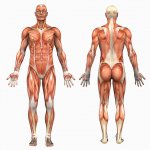 One of the most ambitious projects ever attempted in the field of medical imaging was the detailed cross-section of a human body that would prove to be influential, lead to discoveries of errors in some of the most celebrated human anatomy textbooks but would also prove to be controversial.

The Visible Human Project, undertaken by the National Library of Medicine, is a series of CT scans of the human body, and the 1,871 “slices” allow for anatomy visualisation applications to function accurately.

The way the imaging worked was by encasing and freezing the body in a mix of water and gelatin to stabilise the body, before the body was “sliced” (in reality it was more of a grinding process) at 1mm intervals, with both digital and analogue photographs taken.

It was originally planned in 1986 and completed in 1994, with the then considerable amounts of data (initially 15 gigabytes, later increasing to over 65 gigabytes when the analogue photographs were rescanned).

Whilst an incredibly ambitious project and one that has led to a considerable acceleration in the field of anatomical visualisation, the project has seen criticism for both methodological and ethical reasons.

The initial aim of the Visible Human Project was to detail a relatively healthy human body, but both of the original donors were missing body parts and had several abnormalities caused by the nature of how both people died.

The Visible Woman, a 59-year old anonymous woman who died of a heart attack, had evidence of cardiovascular disease for example, but the Visible Man proved to be more controversial and spawned ethical questions that continue to this day.

His name was Joseph Paul Jernigan, a then-39-year-old man who was convicted and sentenced to death for murdering a 75-year-old man during a burglary.

After being prompted by a prison chaplain, he agreed to donate his body to medical science but several figures have voiced their concerns.

The first objection came from the University of Vienna, which has called for the images to be withdrawn from reference due to them being acquired from execution, which in the majority of the world has been outlawed.

As well as this, whilst the prison chaplain advised him to give his body to medical research, Mr Jernigan did not know about the Visible Human Project and thus there are concerns about informed consent and whether he was aware of how widely used and distributed they would become.

For medical imaging systems in the UK, give us a call today.