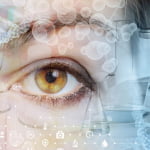 A new artificial intelligence device (AI) that analyses eye scans could potentially be used to detect heart disease, Science Daily reports. Researchers have developed a method of identifying changes in the blood vessels of the retina, which are potential indicators of cardiovascular disease and the risk of heart attacks.

The study was led by scientists at the University of Leeds, and involved a group of world-leading researchers. The AI system has been designed to automatically read eye scans, and recognise information which is used to estimate the pumping capacity of the heart’s left ventricle, one of the four chambers of the heart.

Professor Alex Frangi, Chair in Computational Medicine at the University of Leeds and Turing Fellow at the Alan Turing Institute, supervised the research. He said: “Cardiovascular diseases, including heart attacks, are the leading cause of early death worldwide and the second-largest killer in the UK. This causes chronic ill-health and misery worldwide.”

He added: “This technique opens-up the possibility of revolutionising the screening of cardiac disease. Retinal scans are comparatively cheap and routinely used in many optician practices. As a result of automated screening, patients who are at high risk of becoming ill could be referred to specialist cardiac services.”

Techniques for diagnosing heart disease are currently costly and have to be carried out on-site at a medical facility. They typically include an echocardiography or magnetic resonance imaging of the heart. The new AI tool could help to prevent the onset of heart disease in the population of poorer nations with scarce access to hospital equipment.

The AI tool also has great potential to ease the pressure on the NHS, which is facing significant backlogs and increased patient waiting times after the disruption caused by the coronavirus pandemic. Early detection of heart disease allows for preventative treatments to be more effective, and increases life expectancy.

For more information about medical imaging companies, get in touch today.